Contrary to what you may have been taught, water doesn’t always freeze to ice at 32 degrees F (zero degrees C). Knowing, or controlling, at what temperature water will freeze (starting with a process called nucleation) is critically important to answering questions such as whether or not there will be enough snow on the ski slopes or whether or not it will rain tomorrow.

Nature has come up with ways to control the formation of ice, though, and in a paper published in the Journal of the American Chemical Society University of Utah professor Valeria Molinero and her colleagues show how key proteins produced in bacteria and insects can either promote or inhibit the formation of ice, based on their length and their ability to team up to form large ice-binding surfaces. The results have wide application, particularly in understanding precipitation in clouds.

What is ice nucleation?
It’s long been known that life likes to mess with ice. Insects, fish and plants all produce various forms of antifreeze proteins to help them survive in below-freezing conditions. And plant pathogens, particularly the bacterium Pseudomonas syringae, employ proteins that promote the formation of ice to induce damage in their hosts. Before we can talk about how these proteins work, though, we need a quick refresher on how ice freezes.

Pure water, with no impurities, won’t freeze until it reaches -35 degrees C (-31 degrees F). That’s the temperature at which the water molecules will spontaneously arrange into a crystal lattice and start to recruit other molecules to join in. To start the freezing process at warmer temperatures, however, water molecules need something to hold on to, like a speck of dust, soot or other impurity, on which it can start building its crystal lattice. This is the process called nucleation.

Ice-nucleating proteins, such as those in Ps. syringae, bind to nascent ice crystallites in such a way as to reduce the energy cost of additional freezing. They can also aggregate together to further enhance their nucleating power. “It is a lot of group work!” Molinero says.

These proteins can be so efficient that they can nucleate ice at temperatures as warm as -2 degrees C (29 degrees F). Ice-nucleating proteins are already being put to use at ski resorts, with Colorado-based Snomax International marketing an additive containing Ps. syringae that gives snowmaking machines a boost.

Antifreeze proteins, however, also bind to ice, but force it to develop a curved surface that discourages additional freezing and requires much colder temperatures for ice to grow. Also, antifreeze proteins don’t aggregate together. “They have evolved to be loners, as their job is to find ice and stick to it,” Molinero says.

“Nature is using a single bullet in terms of interactions to address two completely different problems,” she says. “And the way it has resolved between antifreeze or ice nucleation is by changing the size of the proteins and their ability to team up to form larger ice-binding surfaces.”

Antifreeze proteins, they found, nucleated at just above -35 degrees C, which matched experimental data. Lengthening the simulated proteins increased the nucleation temperature, which plateaued after a certain length. The simulations predicted that further assembling around 35 bacterial proteins into larger domains was key to reach the ice-nucleating performance of Ps. syringae, with a nucleation temperature of -2 degrees C (29 degrees F).

“Now we can design new proteins or synthetic materials that nucleate ice at a specific temperature,” Molinero says.

Why it matters
The implications of such a finding extend all the way to the future of water on Earth.

Precipitation begins as ice, which nucleates and grows until it’s heavy enough to precipitate. At high altitudes where it’s colder, soot and dust can do the job of triggering nucleation. But at lower altitudes, it’s not dust that triggers nucleation—it’s bacteria.

Yes, the same proteins in Ps. syringae that aid snowmaking at ski resorts also aid ice formation at warmer temperatures, allowing low-altitude clouds to precipitate. In a warming climate, Molinero’s findings can help climate modelers better understand the conditions of cloud formation and precipitation and forecast how warming will affect the amount of ice nucleation and precipitation in the future.

“The ability to predict whether the clouds are going to freeze or not is super important in climate models, because ice formation determines precipitation and also the ratio of solar energy absorbed and reflected by our atmosphere,” Molinero says. “The challenge to predict whether ice is going to nucleate or not in clouds is a major limitation the predictive ability of weather and climate models.”

“The big picture is that we now understand how proteins use their size and aggregation to modulate how much they can nucleate ice,” Molinero says. “I think that this is quite powerful.” 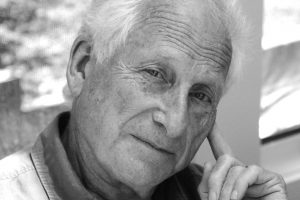 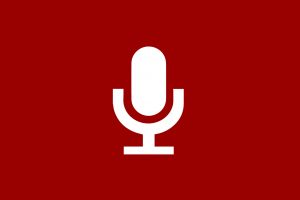 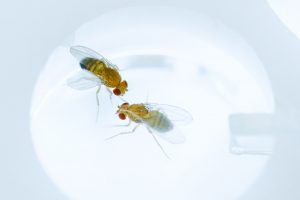