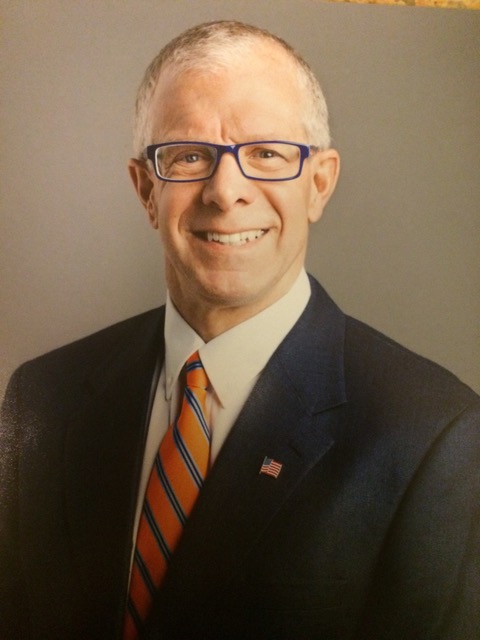 A native of Chagrin Falls, OH, Jeff Webster, MD, FAAOS, found himself as an undergraduate at the University of Utah for "not the most mature reason, but it's true": the easy access to the world class skiing. He might be surprised at how common the denominator is for arriving freshmen who are held in rapture by the opportunities for outdoor recreation in the nearby Wasatch Mountains.

Whether skiing was an adjunct to the degree he sought in biology as a pre-med student ... or the reverse, will remain obscured for now. What he did find in Salt Lake City in the late 70s was that the U was his crucible for a successful life. "The U made me realize that school and life aren't easy, that you have to do solid, honest work to forge your path."

That path culminated in his career as an orthopedic surgeon, currently at the Reno Orthopedic Clinic. After graduating from the U, he attended Wayne State University for his MD followed by a residency at Indiana University. A sports medicine fellowship at Methodist Hospital in Indianapolis then propelled him back to the west near another ski town, this time at the foot of the Sierra Nevada.

While in Utah the slopes had to compete with another passion of Webster's: his two years on the swim team between 1979 and the year he graduated in 1981. "Under coach Don Reddish I made lifelong friends, learned many life lessons, and met my wife Bridget Duncan Webster of over 36 years now." In the off-season he found himself at the bench doing research. I "did a student project," he explains, "self designed, regarding anabolic steroids in rats. Doc [James] Lords supervised. [It] was never published or presented, but was fun to do. The rats surely would have disagreed with the 'fun to do' part." Typical of the School of Biological Sciences' reputation for the informality with which world-class faculty and students collaboratively interact, Webster remembers sitting more than once in Lords' office where they would "shoot the breeze, talk biology, sports, whatever."

As for today, the clinic where Webster works has been, for over sixty years, a magnet for some of the best and brightest in orthopedic medicine. As one of 30 physicians, the Northern Nevada clinic boasts "the kind of comprehensive, world-class care typically only seen in major metropolitan areas." And, along with all medical practitioners right now, Webster, a Fellow of the American Academy of Orthopedic Surgeons, acknowledges the current challenges in the field because of the Covid-19 pandemic. "The impact has been tremendous, and not all in a good way," he says. "The daily inconveniences are certainly a nuisance, but tolerable. It’s the political malfeasance that’s concerning to me." Even so, he muses, the "virus situation has brought family and friends closer, allowing us to appreciate the most important things in life."

His advice to undergraduates currently navigating their education while wearing masks, social distancing and living with the uncertainty of what's next during this singular time is philosophical:  "Be humble, choose your goals, and work diligently in accomplishing them. The basic tenets of western civilization, Christianity for example, are extremely important and powerful. Lead a virtuous life. ...While not very religious per se, I’ve become more spiritual with time."

Dr. Webster quips that he still loves to ski, though he isn't ready to say if Tahoe is as good as "the greatest snow on earth" of Alta and Snowbird. Fortunately, for both this Ohio native and the School of Biological Sciences, they still share the same Great Basin, across the west desert and the salt flats, connected still by the legacy of the University of Utah.