When Dr. Nancy Parry, BS’63, was eight years old, she talked her mother into taking her to a fortune teller in Ogden. On the way there her mother asked her what she wanted to do for a career. “I want to be a doctor,” she replied with some embarrassment, believing her mother would find the notion preposterous.

The tarot card reader who was wearing the garb of a gypsy dealt her four cards while Nancy’s mother took notes. “Oh, you’re going to be a doctor,” the card reader announced. Her mother was floored.

Eventually, Parry, who grew up in Salt Lake City, attended the University of  Utah for her bachelor’s where she recalls in particular the late anatomy professor John Legler as having a formative influence on her. But with the tarot reader’s other-worldly endorsement, thought Parry, “I didn’t study real hard. I mean, I was going to be doctor,” as if it were a done deal.

Confident in the outcome, and further inspired by a boy she was dating who also wanted a medical career, Parry eventually applied to medical school on the east coast. She was declined. “So I jumped into the car and went back to the fortune teller. ‘You told me I was going to be a doctor, and I didn’t get into medical school,’” Parry exclaimed. The fortune teller dealt the four cards again. “You applied to the wrong coast,” she said.

Parry was soon selected as an alternative candidate at the University of California, Irvine and was given two days to get to the west coast. “I went to the anatomy class and it was hot and this guy fainted from the heat and the strong formaldehyde odor, so when he dropped out of med school, I replaced him.”

In the 1960s, female medical students were a rarity. It was a stigma that Parry had to fight for the rest of her life, even during her training. “I was going with this guy during medical school,” she remembers, “and he said to me one time--made a fatal mistake--he said when we get done with our training we’ll open up a practice and you can assist me. That was the end of that relationship.”

With her signature determination, Parry set up a solo medical practice with her sister, Janet Parry, R.N. (BS'66), and located in Anaheim where she was a general practitioner for thirty years. Parry looked young at the time because, at 28 years old, she was. At work in a 24-bed hospital she remembers arriving during visiting hours. A nurse tried to stop her, telling her visiting hours were over.  “I’m the doctor” Parry told her and proceeded, only to hear behind her back, “You’ve got to be kidding.”

It was a different time in more ways than the fact that women were rarely doctors. During a visit with a patient regularly brought to the office by her son, Parry determined that the woman was unfortunately going to require a hysterectomy. “So I brought in her son.” says Parry.

“Your mother has cancer of the cervix,” she explained.

“Wait a minute,” said the man.

Needless to say, it was the era before HIPPA laws.

Eventually, the two sisters would form Parry Development Company with Nancy's lifelong friend, also a U alumna, Susan Flandro, (BS'63 & JD'68). Together they built a three-story medical office building and then a six-story building with offices for 70 physicians. The company also built a five-operating-room outpatient surgery center in Anaheim.  At one point Nancy had to put her home  up for collateral for the bank loan.

Following their stint in Southern California, the two sisters set up shop in Ketchum, the ski town adjacent to Sun Valley, Idaho, where they opened a small medical office.  Before that, however, Parry needed to advance her provisional ER privileges at the hospital to active status, and commuted to Salmon for months to get her hours logged.

Parry eventually expanded her interests to hyperbarics, a type of treatment that employs a pressurized HBOT chamber used to help wounded warriors with TBI and PTSD and to speed up healing of tissues starved for oxygen. She also trained on a BEMER P.EM.F. device that increases oxygen and nutrient delivery at the cellular level be 30% and potentially decreases the body's inflammation by the same percentage.

In research she has worked on telomeres, the repetitive nucleotide sequences at each end of a chromosome. Activation of telomeres lengthens the shortened chromosome ends for the prevention and repair of the neurodegenerative changes of aging. Additionally, she has addressed topics to the medical sector on the P53 gene and its relationship to bio-identical progesterone. Up-regulating the p53 turns out to be a tumor suppressor gene that in humans is encoded by another gene that may protect patients from breast, uterine, cervix, ovary, prostate and colon cancers.

Through the ups and downs of breaking the “glass ceiling”—which was more of a recurring rather than singular event—Parry developed Parkinson’s and in 2020 she retired from her medical career of 50+ years. Passing the baton, this doctor who helped pioneer women in medicine arranged to have another female physician take over her practice, hard-won, and well-earned.

The pandemic has given Parry more time to read. She also continues advising her friends and fellow doctors and researchers remotely by phone. Her advice to 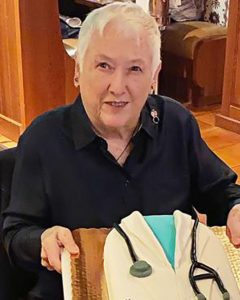 students today is simple: “Don’t give up!”

At her retirement party in August, she had the audience in stitches, regaling them with hilarious stories about her time in the medical field.

Nancy Parry’s acerbic humor and willingness to laugh at herself have endeared her to friends and rivals, whether it’s about fortune tellers or that time she donated a vasectomy procedure to the fireman’s ball auction, only to have to make good on it months later.

The Legler Endowed Lectureship in Human Anatomy, currently held by Mark Nielsen, supports the full cadaver lab for pre-med students at the School of Biological Sciences.

You can support the legacy of Legler and Nielsen through a donation to the endowment here. 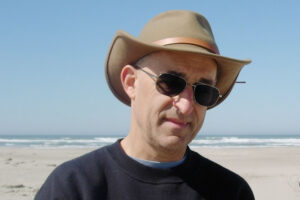