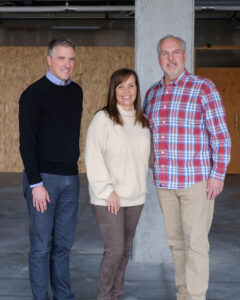 When Ray Greer, BS’86, was just 12 years old, his mother, Sandra J. Bromley, moved her young family from Texas to Utah. The year was 1976. Sandra was promptly hired at the University of Utah and enjoyed a successful career as a technical illustrator in the College of Mines and Earth Sciences under the direction of Frank H. Brown.

“My mother was the single greatest influence in my life,” says Greer. “She taught me the value of hard work and perseverance. She also insisted that college was not optional. It was like going from junior high to high school – you just did it!”

Ray enrolled at the U for Fall semester 1981 and was initially interested in computer science and engineering. However, computer science was highly competitive at the time so available classes were scarce.

“Fortunately, Hugo Rossi, a math professor, convinced me that if I majored in mathematics I could get as much course work in computer science as I wanted. And the rest is history,” says Greer.

After receiving his math degree at the U, Greer went on to earn a Master’s of Science in Information Systems and Telecommunications from Christian Brothers University, a small private college in Memphis.

Honoring a Legacy
In 2000, after retiring from the U, Ray’s mother, Sandra, moved back to Texas for the remaining years of her life. She passed away in 2011. Shortly thereafter, Ray established the Sandra J. Bromley scholarship in the College of Science to honor his mother by providing a way for deserving students to earn a college degree.

“She worked hard to provide for her family, but her greatest regret in life was not attending college herself, hence the vision behind the Bromley scholarship,” says Greer.

“Her requirement was that she would support me as long as I didn’t quit school,” says Greer. “That is why the Bromley scholarship requires continuous attendance.”

The Bromley scholarship is designed to provide financial support to undergraduate students who are declared Science majors and who stay enrolled and make steady progress towards a science degree. The award covers full tuition for up to four years.

Four students currently hold the Bromley scholarship – Noel McAllister, Keegan Benfield, Michaela Fluck, and Dannon Allred. As part of his commitment to student success, Greer visits campus at least once a year to meet and encourage the scholarship recipients. 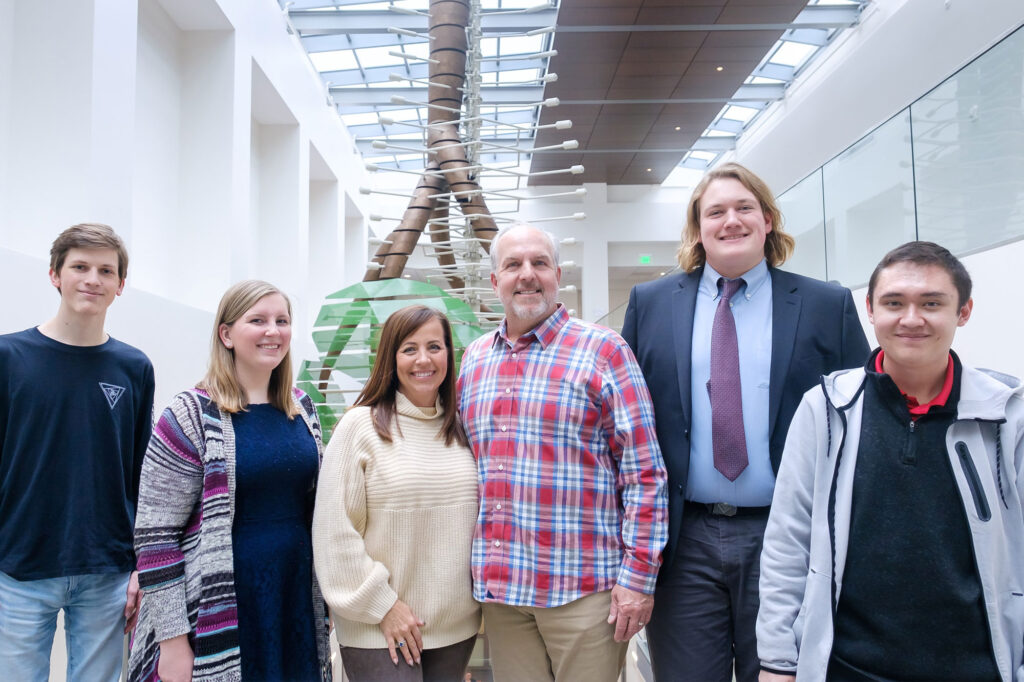 On the Move
Greer has more than 35 years of experience in logistics and transportation industries. He has held senior management positions for Greatwide Logistics Services, Newgistics, Ryder Logistics and FedEx. He served as president of BNSF Logistics, headquartered near Dallas, Texas, from 2011 to 2018.

“Math allows me to think critically about situations and problems generally. Not just numerically but logically, to find patterns and trends that point to likely outcomes,” says Greer.

In 2018, Ray was named as CEO of Omnitracs, a leading company in onboard technology for the transportation industry. Omnitracs is an international billion-dollar company that provides telematic devices and logistics to support drivers and their organizations to be compliant, safe and efficient.

“Math is universal and most importantly it teaches you discipline and persistence to work a problem until it is solved. That process of critical thinking and problem solving has served me well throughout my entire career,” says Greer.

Greer has high hopes and expectations for today’s college students. His advice: “Connecting with people, not apps and cell phones, will differentiate you from the competition.”