SBS alumni Randy Rasmussen is the founder of BioFire Diagnostics which, along with ARUP and other Utah biotech companies, is making a difference in fighting the coronavirus. 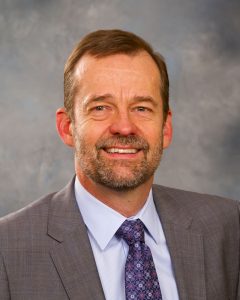 After a new virus, COVID-19 (SARS-CoV-2) was deemed a pandemic by the World Health Organization and then rapidly spread throughout the United States and other countries throughout the world, healthcare professionals and patients alike became vocal about the lack of testing kits available throughout the state and country.

In order to ensure that a greater percentage of the population would have accessibility to testing in the event that it was needed, the Food and Drug Administration announced a series of regulatory changes for laboratories and other diagnostic companies that gave already certified high-complexity laboratories (such as the ones found in hospitals or doctor’s offices) the ability to use their own tests to diagnose COVID-19, instead of the pre-authorized and distributed tests from the CDC.

As a result, several Utah biotech companies stepped up to the plate, including Biofire Diagnostics, and it’s sister company BioFire Defense, who created a specific biological test used to help healthcare providers throughout the country screen for the novel virus. Partnering with the Department of Defense on the development of the test, BioFire managed to create the test and have it certified for use in as little as two months, a lightspeed feat just when patients across the world needed one the most. 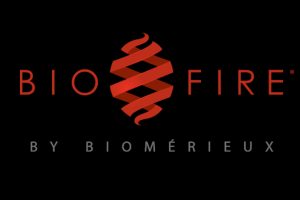 “Part of that [shortened time frame] was because the FDA was amazing. They were so good to work with. My team was sending emails to the FDA in the middle of the night and they were getting responses within minutes. It was super impressive. And so I think that’s why the development time was super-compressed,” says Wade Stevenson, senior vice president of BioFire Diagnostics when discussing the timeline of the BioFire test. “The Department of Defense [also] provided us with some end-targets that supported the product that they wanted and they gave us some funds to help get there. The development work was done by BioFire Defense and then BioFire Diagnostics does most of the manufacturing.”

The BioFire test wouldn’t have become a reality without their hundreds of employees coming in to work on the front lines every day. “You can’t do research and diagnostics from home,” laughs Stevenson when asked how the company is handling the process while adhering to the new social distancing guidelines. “You also can’t fit production lines into anyone’s home. So we, as a company, had to take a hard look at who can do their job at home or not. Governor Herbert did claim BioFire an essential business, however.”

Essential, indeed. Throughout the country, and the rest of the world, BioFire’s diagnostic capabilities are capable of saving the lives of thousands of potentially sick patients. In fact, New York City Mayor Bill de Blasio specifically called out another BioFire diagnostic tool, the BioFire FilmArray Respiratory Panels, in his plan to help curb the spread of COVID-19 in New York City. “First thing [healthcare providers] will do, or among the first thing that they will do, is to test you with BioFire,” said de Blasio in a televised March 9th press conference.

De Blasio went on to discuss how providers would use the BioFire respiratory panels to first screen patients for twenty of the most common respiratory viruses to determine if it could be something other than COVID-19. Only after a patient tested negative with the BioFire respiratory test would they be tested for COVID-19, which could save hundreds of tests for those who are likely positive.

“We will be adding COVID-19 to the [respiratory label] but that will take a few more months of development,” says Stevenson. “[When that is added] that will change the game because you can rule out COVID-19 right along with the 20 other cases of respiratory infection.”

Though the FilmArray respiratory panels are already available for purchase, the initial batch of BioFire’s COVID-19 tests was sent to the Department of Defense in mid-March. The company expects to have the test available on a clinical basis around the third week of April.

Additionally, to further help meet the need of sick Utahns, ARUP Laboratories, a nonprofit enterprise of the University of Utah, was one of the first non-public health laboratories to offer COVID-19 testing when the pandemic first hit. 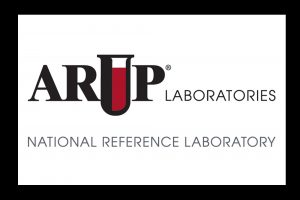 “ARUP began working with an outside manufacturing partner back in January.  As soon as the FDA issued their guidance in late February, ARUP was able to complete the validation of the test, and we began running tests on March 11,” says Brian Jackson, official spokesperson for ARUP Laboratories.

Between March 11-27th ARUP Laboratories revved up their testing capacity to run 2,400 tests per day. However, in order to preserve both testing capacity and rapid result delivery, ARUP is focusing initial testing efforts on Utah, and as of late March is not offering COVID-19 testing to hospitals outside of the state.

In an online press release, Sherrie Perkins, MD, PHD, and CEO at ARUP says that ARUP has faced challenges in sourcing the needed reagents and other supplies needed to run these tests at scale. And they aren’t the only ones, though BioFire manufactures their own reagents, they too are worried about meeting the demand for their products.

“Demand for the tests is going to be much greater than our ability to provide them,” says Stevenson. “We will very likely launch [the clinical COVID-19 test] under an allocation where we can only fill a [certain number of orders.]” And that’s a problem echoed throughout the entire diagnostic industry.

OTHER COMPANY SUPPORT AGAINST COVID-19

On March 20th, Chris Gibson, CEO of the Salt Lake-based biotech powerhouse, Recursion Pharmaceuticals announced in a series of tweets that they would be partnering with a local “BioSafety Level 3” facility to do a series of experiments on “compounds and their efficacy against COVID-19.”

The Recursion team promised to share any discoveries with the scientific community and Gibson confirmed that the company would not be seeking profit on any discoveries that might be made. But it’s not just the biotech companies throughout Utah rallying around the doctors, nurses, and patients fighting on the front lines. In true tech-community spirit, the companies who make up the Silicon Slopes are working hard to do their part, as well.

In a town hall meeting just days after Gov. Herbert first put the guidelines in place in early March, Silicon Slopes members set up a community relief fund designed to help those in need. They plan to use their allocated funds throughout Utah to fund things like additional FDA approved tests for Utahns, the aquisition of medical supplies for healthcare and nonprofit workers, as well as additional public health and K-12 education efforts.

“One part of Silicon Slopes’ mission is to serve,” says Clint Betts, executive director for Silicon Slopes. “COVID-19 impacts all of us, so it’s important that we all play a role as we address this issue. By pooling our collective resources we’ll be able to come out of this in a lot better position than if we operated in our own siloes.”

Other tech companies in the area, such as Podium, are taking a more targeted approach to help restaurants who have been severely affected by the pandemic. In mid March, the Podium team released their “Text To Takeout” software that allows customers to directly text local restaurants to place, purchase, and pick up their orders. The software makes the process as safe as possible for all parties involved, which provides comfort to customers in a time of uncertainty.

But that’s not all. Other companies like Avii have offered their tax accounting software services to small businesses for free, Woodside Homes announced that they would be collecting PPE for healthcare workers, Nav is offering their expertise with small business finances to those in need, Walker Edison donated over 500 desks to students and workers now forced to work from home, Nearmap is offering their digital software to governments at no cost in order to help them plan COVID-19 relief, and Solutionreach came up with an innovative way to streamline the doctor/patient communication process. And this was all just within the last month.

“We recognize there is a lot of information circulating around COVID-19 and many healthcare organizations are left with no solution to reach out to their patients in a timely fashion with the proper information,” says Solutionreach CEO, Josh Weiner. “Allowing free use of our emergency messaging is just one small way we can continue to support the healthcare community during the COVID-19 situation.”

As the news continues to fill with depressing stories of grief, poverty, and a collapsing system, it’s so important to remember the companies, whether they be biotech or otherwise, who are putting everything into making this situation a little bit better for the rest of us. “There are so many stories of private companies that have approached us and offered their help,” says Betts. “Utah really is going to be a case study for how both the private and public sector can make a difference for the communities they serve.” 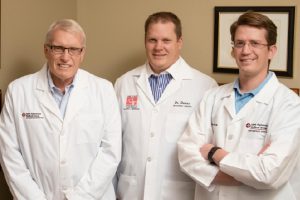 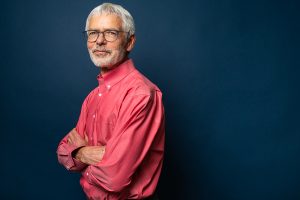 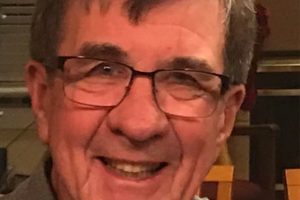