The College of Science Hall of Fame is a lifetime achievement award to honor individuals who have distinguished themselves in the community, their career, and their support of the college and the university.

To select a Hall of Fame recipient, the College of Science Advisory Board uses the following criteria:

A permanent display, including individual plaques, is located in the foyer of the Aline Wilmot Skaggs Biology Research Building. 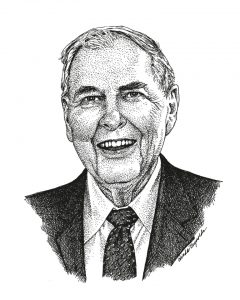 Lawrence and his brother, Winston, co-founded Thatcher Chemical in 1967 in Salt Lake City and developed it into a major supplier and manufacturer of chemical products. Lawrence discovered an innovative way to re-engineer aluminum sulfate in a more economical way for use in water purification.

Today, the Thatcher Group (formerly Thatcher Chemical) creates a wide range of chemical products impacting many industries. The company currently employs more than 500 people. Not only is Lawrence an entrepreneur and astute businessman, but also a loving family man and a man of faith.

The Thatcher family, led by Lawrence and Helen, have been steadfast supporters of chemistry research and
education at the University of Utah. In 2009, they helped establish the Thatcher Building for Biological and Biophysical Chemistry at the University of Utah. This modern facility provides classrooms, laboratories, and research space for hundreds of chemistry students and faculty each year. 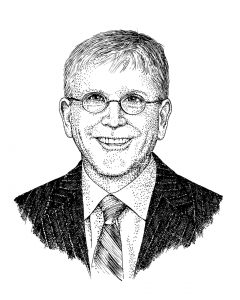 Kirk Ririe founded Idaho Technology, a medical device and diagnostics company, in 1990 in Research Park. Since then, Kirk and his company have developed new methods for rapid diagnosis of diseases and pathogens ranging from the common cold to anthrax.

In 2012, Idaho Technology changed its corporate name to BioFire Diagnostics, Inc. to more accurately reflect its business strategy and strong momentum in the marketplace.Now, with more than 25 years of molecular experience and as bioMérieux’s Global Center of Excellence for Molecular Diagnostics, BioFire sets the standard for molecular diagnostics through its pioneering advances in syndromic infectious disease testing.

Since 2002, Kirk has been a steadfast supporter of research, education, and community programs at the University of Utah and College of Science. Kirk and his wife, Mary Jane O’Conner-Ririe, have demonstrated their generosity time and again, supporting science buildings, student scholarships, and outreach events. 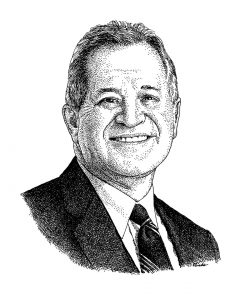 Mr. Fred P. Lampropoulos is the Founder, Chairman, and CEO of Merit Medical Systems, Inc., and is prominent in Utah’s education, business, and technology communities. He serves on many boards and has received numerous awards, including the Governor’s Medal for Science and Technology and induction into the Utah Business Hall of Fame With nearly 200 patents, Mr. Lampropoulos is a highly distinguished medical innovator.

Mr. Lampropoulos is a luminary in the Utah community, and a steadfast ally of education and scientific industry in the State of Utah and nationwide. For many years, Mr. Lampropoulos and Merit Medical have been generous partners of the College of Science and the University of Utah.

Mr. Lampropoulos was inducted into the Hall of Fame in 2013. 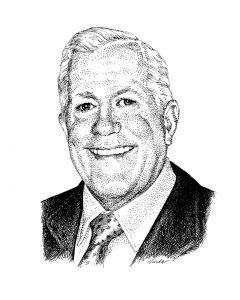 Ashton was a professor at Brigham Young University in the computer science department. He taught for 14 years until he left in 1987 to focus on WordPerfect, serving as president and CEO of the corporation until 1994 when Novell purchased the company. Ashton served on Novell’s board of directors until 1996.

In 1995, Alan and his wife, Karen, founded Thanksgiving Point, a non-profit institute located in Lehi, Utah. Thanksgiving Point serves the community with engaging learning experiences for children and adults. The University of Utah and community at large have benefitted greatly from the intellectual and philanthropic generosity of Dr. Ashton.

Dr. Ashton was inducted into the Hall of Fame in 2012. 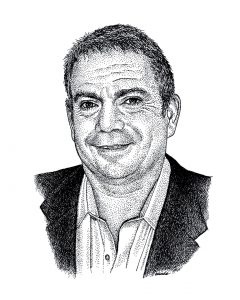 Mr. Denkers is the executive director of the Willard L. Eccles Charitable Foundation and a long-standing leader in the community, particularly in education. He has served on the boards of Rowland Hall, The Nature Conservancy in Utah and Idaho, the Utah Museum of Natural History, Spy Hop Productions, Sundance Institute, and Realms of Inquiry, and is a member of the National Advisory Council of the University of Utah.

He was founder and president of Evolution Ski Company from 1984 to 2004, when he sold the company. He was very involved with the efforts to bring the Winter Olympics to Utah in 2002.

Through his leadership and the support of the Willard L. Eccles Charitable Foundation, the U's physics department has been able to greatly expand its teaching and research in astronomy. The foundation made possible the purchase of a research-grade telescope now housed in the Willard L. Eccles Observatory on Frisco Peak, near Milford, Utah. As a result of these and other efforts, the program officially became the Department of Physics & Astronomy in 2009.

Generations of students will benefit from Steve's personal efforts to advance education and science literacy in Utah.

Mr. Denkers was inducted into the Hall of Fame in 2010. 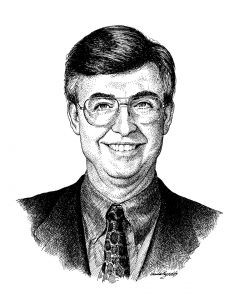 He founded Research Medical in Midvale in 1983 and built it into the world’s largest manufacturer of open-heart surgery catheters.

His Crocker Ventures fund was an early investor in Boston-based Interleukin Genetics, a personalized medicine diagnostics company, and he served for several years as founding director.

For more than a decade, Crocker has served as chairman of Merrimack Pharmaceuticals, a cancer research firm in Boston recognized as one of the top five private biotechnology companies in the United States.

Crocker has a long history of service to the University as a Trustee and member of both the University Hospital Board and University of Utah Research Foundation Board. He has twice been named Utah Entrepreneur of the Year.

Gary and his wife, Ann, provided the lead gift of $10 million for the Crocker Science Center at the U. The facility will open to students in Spring 2018.

Mr. Crocker was inducted into the College of Science Hall of Fame in 2002. 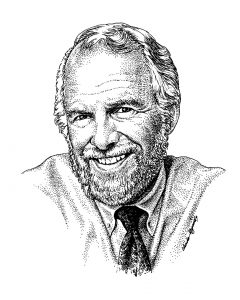 Dr. Warnock retired as Chairman of the Board of Adobe Systems, Inc., a company he co-founded in 1982 with Charles Geschke. For decades, Warnock has been respected as an innovator in the field of computer software. Under his technical leadership, Adobe has pioneered the development of world-renowned graphics, publishing, Internet and electronic document technologies that have revolutionized the field of visual communication.

Warnock has served as a director on the boards of Adobe Systems, Netscape Communications Corporation, Evans & Sutherland Corporation, The Tech Museum of Innovation, and The American Film Institute.

Dr. Warnock was inducted into the Hall of Fame in 2001. 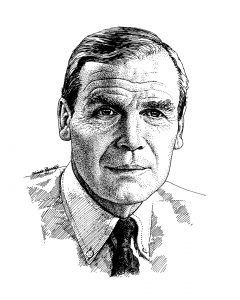 Mr. Huntsman is the founder, chairman and CEO of Huntsman Corporation and Huntsman Chemical Corporation, the largest privately held chemical company in the United States. He is the recipient of the prestigious Kavaler Award as one of the chemical industry’s outstanding CEOs.

Huntsman graduated from the Wharton School of Finance at the University of Pennsylvania, and later earned his MBA degree at the University of Southern California. He is the recipient of five honorary doctorate degrees. He has served his nation first as a U.S. Naval gunnery officer and then under President Richard M. Nixon as Special Assistant to the President and White House Staff Secretary.

Huntsman’s record as a philanthropist is legendary. He has dedicated his efforts and his resources to improving education opportunities and to alleviating human suffering on a global scale. These include the establishment of the Huntsman Cancer Institute at the University of Utah, now one of America’s premier cancer centers, and his significant efforts to rebuild the country of Armenia after the earthquake of 1988. He is also a major contributor to the Henry Eyring Presidential Endowed Chair in Chemistry at the University of Utah. Numerous major gifts of the homeless and the underprivileged mark him as one of America’s foremost concerned citizens.

Mr. Huntsman was inducted to the Hall of Fame in 1998. 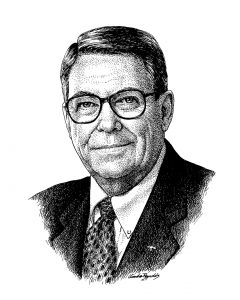 Rodney H. Brady has established an honorable legacy as a versatile and energetic leader through his service in local and national government, education, business and public service.

Dr. Brady’s commitment to science education is grounded in his knowledge that a deeper understanding of science and technology is integral to the success of current and future generations. A founding member of the College of Science Advisory Board at the University of Utah, Dr. Brady has worked tirelessly and selflessly to advance high-quality education and research in the sciences and mathematics.

In the past, he also has served in such notable positions as President of Weber State College, a member of the sub-cabinet of the President of the United States, and President and CEO of Bonneville International Corporation, a major broadcasting and communications company, and Deseret Management Corporation.