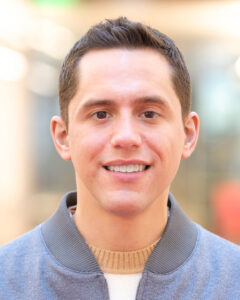 Ramón S. Barthelemy, Assistant Professor of Physics and Astronomy at the University of Utah, has been awarded the 2022 WEPAN (Women in Engineering ProActive Network) Betty Vetter Research Award for notable achievement in research related to women in engineering. The award is named in memory of Betty M. Vetter, long-time director of the Commission on Professionals in Science and Technology, who served as the first treasurer of WEPAN and was a founding member of the Board of Directors.

Barthelemy is an early-career physicist with a record of groundbreaking scholarship and advocacy that has advanced the field of physics education research as it pertains to gender issues and lesbian, gay, bisexual, and transgender (LGBT)+ physicists.

“WEPAN is an impactful member society that hosts the ARC STEM Equity Network, an intersectional effort supporting equity research in STEM,” said Barthelemy. “I am humbled and honored to have my work recognized by an organization that works so tirelessly to enhance inclusion with considerable focus on the various intersections of identity one can have. I’m looking forward to continuing to work with both WEPAN and the ARC STEM Equity Network.”

The field of physics struggles to support students and faculty from historically excluded groups. Barthelemy has long worked to make the field more inclusive—he has served on the American Association of Physics Teachers’ (AAPT) Committee on Women in Physics and on the Committee on Diversity—and was an early advocate for LGBT+ voices in the AAPT. He co-authored “LGBT Climate in Physics: Building an Inclusive Community,” an influential report for the American Physical Society, and the first edition of the “LGBT+ Inclusivity in Physics and Astronomy Best Practices Guide,” which offers actionable strategies for physicists to improve their departments and workplaces for LGBT+ colleagues and students.

Barthelemy recently served as co-lead author on a study of LGBT+ physicists that detailed the difficulties, harassment, and other behaviors that make them leave the profession.

“LGBT+ people feel shunned, excluded and are continually having to readjust and twist themselves to fit into the physics community,” said Barthelemy. “LGBT+ people are inherently a part of this field. If you want physics to be a place that anyone can participate, we have to talk about these issues.”

Gender has a big impact on a person’s perception of their environment. While about 15% of LGBT+ men reported an uncomfortable or very uncomfortable experience, 25% of women and 40% of gender non-conforming people reported similar experiences.

“The study tells us that support has to be available in the entire institution,” said Barthelemy. “LGBT+ individuals in all departments have to be continually coming out when we engage with the broader campus community and new people, since our LGBT identity is seldom assumed. By making our presence known, we can help encourage greater equity, diversity and inclusion throughout the institution.” 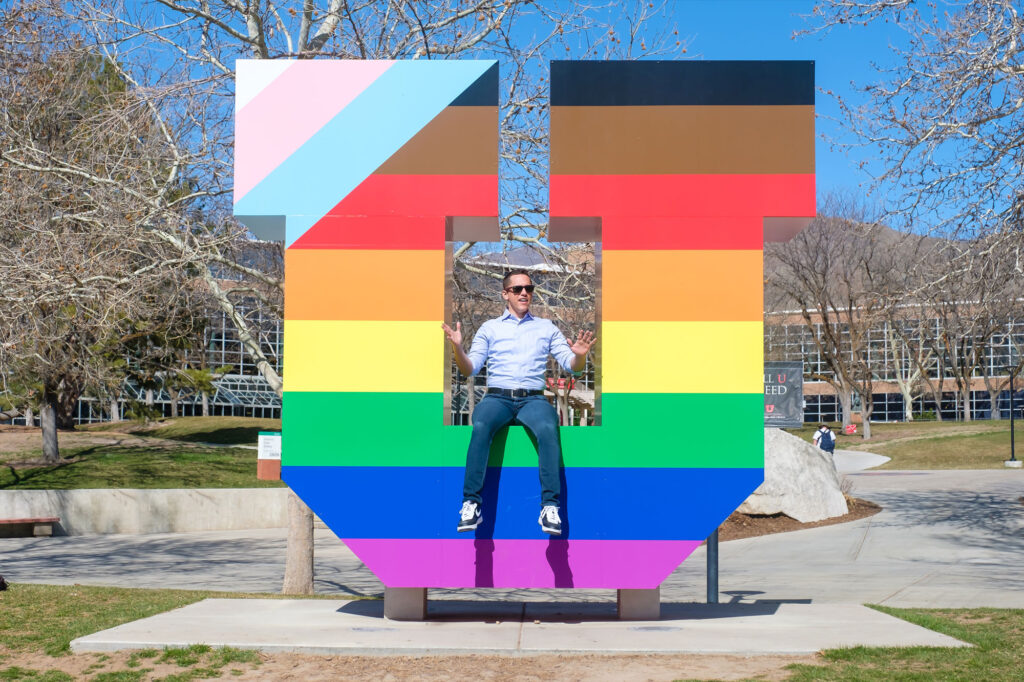 In 2019, Barthelemy joined the U’s College of Science as its first tenure-track faculty focusing on physics education research (PER), a field that explores how people learn the content and culture of physics. Since arriving, he has built a program that gives students rigorous training in physics concepts and in education research, qualities that prepare students for jobs in academia, education policy, or general science policy. He founded the Physics Education Research Group at the University of Utah (PERU), where he and a team of postdoctoral scholars and graduate and undergraduate students explore how graduate programs policies impact students’ experience, long-term studies of the experience of women in physics and astronomy and of students of color in STEM programs, and understanding the impacts of a sense of belonging on a student’s performance in introductory STEM courses.

“We talk about inclusivity and diversity in the classroom, but there needs to be more research about what that means. We look at various aspects of interactive classrooms and how it impacts their content learning outcomes,” said Barthelemy. “If you feel like you belong in the classroom, if you feel comfortable raising your hand, you can participate in groups, teaching and learning from peers—that’s an example of inclusivity, looking at people’s sense of belonging.”

The research has implications beyond the classroom—Barthelemy uses the findings to inform and develop policies and best practices to support people from historically excluded groups in physics. “It helps us teach better, but also understanding the culture of physics has implications in the quality of research done in national labs, for example, that inevitably impacts people across the country,” he said.

Barthelemy has had an untraditional journey to academia. He earned his Bachelor of Science degree in astrophysics at Michigan State University and received his Master of Science and doctorate degrees in PER at Western Michigan University. “Originally, I went to graduate school for nuclear physics, but I discovered I was more interested in diversity, equity, and inclusion in physics and astronomy. Unfortunately, there were very few women, People of Color, LGBT or first-generation physicists in my program,” said Barthelemy, who looked outside of physics to understand why. “I found this quite curious,” he said.

In 2021, Barthelemy received the Doc Brown Futures Award, an honor that recognizes early career members who demonstrate excellence in their contributions to physics education and exhibit excellent leadership.

Barthelemy’s work has also been recognized with external funding to complete his projects. In 2020, he and his U colleagues Jordan Gerton and Pearl Sandick were awarded $200,000 from the National Science Foundation to complete a case study exploring the graduate program changes in the U’s Department of Physics & Astronomy. In the same year, Barthelemy received a $350,000 Building Capacity in Science Education Research award to continue his longitudinal study on women in physics and astronomy and created a new study on People of Color in U.S. graduate STEM programs. Lastly, Barthelemy was selected to conduct a literature review on LGBT+ scientists as a virtual visiting scholar by the ARC Network, an organization dedicated to improving STEM equity in academia.

In 2014, Barthelemy completed a Fulbright Fellowship at the University of Jyväskylä, in Finland where he completed research looking at student motivations to study physics in Finland. In 2015, he received a fellowship from the American Association for the Advancement of Science Policy in the United States Department of Education and worked on science education initiatives in the Obama administration. After acting as a consultant for university administrations and research offices, he began to miss doing his own research and made the decision to come to Utah.

About WEPAN
Based in Washington, D.C., WEPAN was founded as a non-profit educational organization in 1990. It is the nation’s first network dedicated to advancing cultures of inclusion and diversity in engineering higher education and workplaces. The WEPAN Awards honor key individuals, programs, and organizations for accomplishments that underscore WEPAN’s mission to advance cultures of inclusion and diversity in engineering education and professions. WEPAN Award honorees demonstrate extraordinary service, significant achievement, model programs, and exemplary work environments.