In December 2020 the James Webb Space Telescope (JWST) finally launched. The $10 billion observatory is a twenty-year joint effort of NASA, the European Space Agency, and the Canadian Space Agency, and the most powerful telescope ever developed. Its mission—peer 13.5 billion lightyears back in time to the earliest stages of the universe. 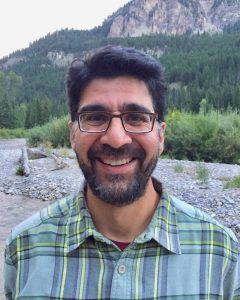 JWST’s launch date was December 25 from Europe’s Spaceport in Kourou, French Guiana. Longtime fans of the telescope are celebrating it as a Christmas miracle. It was the first planned to launch in 2007, but decades of delays and false hope drove the project from its initial budget of $500 million up to its current $10 billion cost.

You can watch recorded launch video and future NASA livestreams at  https://www.nasa.gov/nasalive.

The stakes are high for Anil Seth, associate professor in the Department of Physics & Astronomy. Out of more than 1,000 proposals for observation time on the telescope, Seth’s is one of 266 that were approved. He spoke with AtTheU to talk about this cosmic milestone.

What is the James Webb Space Telescope?

It is the largest and most powerful telescope that we’ve ever sent into space—the primary mirror is about the size of a typical house. It’s really big compared to the Hubble Space Telescope, which has a primary mirror the size of a bedroom. Hubble uses the ultraviolet and visible light to create jaw-dropping images of deep space that fundamentally changed our understanding of the cosmos. JWST will be much, much, much farther away than Hubble, located almost one million miles from Earth. From there, it can detect the faintest traces of infrared light, the wavelength of light emitted by everything that produces heat. 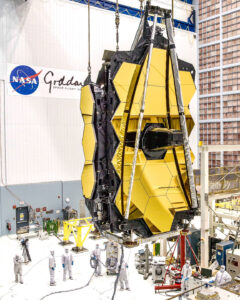 The telescope’s primary power is to detect faint galaxies far, far away. It’ll be able to pick up the infrared light spectrum of planets, newly forming stars, black holes, and other faint objects in ways that we’ve never been able to before. Almost every astronomer is probably going to want to use JWST for something. We saw so much using the Hubble Space Telescope. With JWST, we’ll be able to see more than we can imagine. It’s very exciting.

The launch date has been pushed back several times including once this week. Is the telescope launch tricker then usual?

The size makes it really hard to launch. The telescope has three big segments—a sunshield the size of a tennis court, the house-sized primary mirror, and the secondary mirror, Right now, it’s all packaged up like a Christmas present to fit inside the rocket. After launch, the segments will begin to unfold. It’s a complicated process involving hundreds of steps that have to work perfectly. This has never been done before—one error and the whole project could fail. That’s why people are so stressed out!

Where will JWST orbit in space?

It’s going to orbit the sun almost one million miles away from Earth. It will live at what is called a Lagrange point, a location where gravity from the earth and sun are equal. And will just sit there, orbiting with the Earth around the sun. This ensures that the telescope will always point away from the sun. 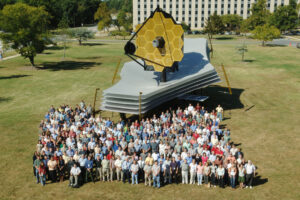 Anything warm emits infrared light—stars, humans, every other thing on Earth. To make an infrared-detecting telescope, the equipment needs to be extremely cold, so its heat doesn’t interfere with infrared readings from space. That’s what the sun shield is for. The massive mylar sail will create a shadow that prevents the telescope from absorbing heat. The sunshade will begin to unfurl a week after launch, starting with 107 release mechanisms that have to fire simultaneously. The sun shield will then always be between the telescope and sun, keeping the telescope really cold. If this doesn’t happen right…it’ll be bad.

JWST’s location also provides a wide-open view for observations. The Hubble space telescope orbits the Earth just over 300 miles up, which means the planet sometimes blocks the telescope’s vision as it orbits the earth every 90 minutes. At JWST’s Lagrange position, it’s much easier to keep a single orientation in the sky for a longer time and to make observations constantly. So we’ll end up getting more data each year from JWST than from Hubble.

You will be one of the first astronomers to get observation time on the JWST. Can you tell us about your research?

I study black holes. Every black hole has stuff falling onto it that emits light. It turns out that a lot of that light gets emitted at infrared wavelengths. This telescope is much, much, more sensitive to those wavelengths than any other previous telescope. The problem is that we’ve never seen what a faint black hole looks like at these wavelengths. 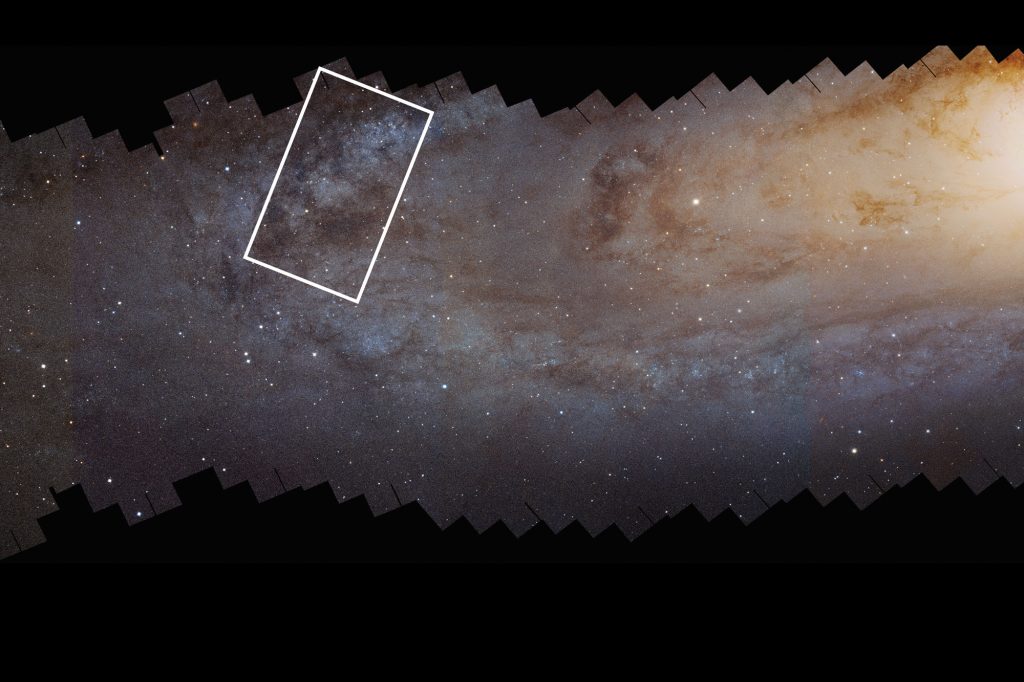 I’m leading a project that will look at places where we know black holes exist, because we’ve measured them from the motions of the stars around them, but that are very faint. These are so much fainter than something like a quasar, which is where the black hole is devouring as much material as it can. The black holes I’m interested in are just sipping their material, and they’re much more typical of the average black hole in the universe. We’re basically looking unique signatures in this wavelength spectrum that will tip us off to a black hole is present. One of the objects we’ll focus on is the first one ever photographed.