Kevin Wortman, an Associate Professor and Director of Undergraduate Studies in the University of Utah Department of Mathematics, has been honored with the 2022 Mathematical Association of America (MAA) Distinguished Teaching Award for the Intermountain Region. 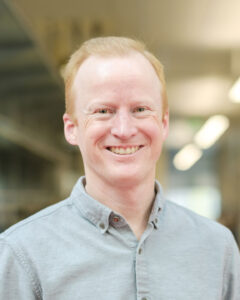 The award honors professors of mathematics whose efforts have been recognized as influential beyond their own institutions. Since 2004, Wortman is the fifth U mathematics faculty member to receive this MAA award. Previous U math faculty recipients include Don Tucker, Nicholas Korevaar, Peter Alfeld, and Anne Roberts. Wortman joined the U's Math Department in 2007.

The Mathematical Association of America, with more than 25,000 members, is the primary professional organization for teachers of undergraduate mathematics. The MAA Intermountain Region includes all colleges and universities in Utah and southern Idaho.