The above animation shows the patterns created as two circles move across each other. Those patterns, created by two sets of lines offset from each other, are called moiré (pronounced mwar-AY) effects. As optical illusions, moiré patterns create neat simulations of movement. But at the atomic scale, when one sheet of atoms arranged in a lattice is slightly offset from another sheet, these moiré patterns can create some exciting and important physics with interesting and unusual electronic properties.

Mathematicians at the University of Utah have found that they can design a range of composite materials from moiré patterns created by rotating and stretching one lattice relative to another. Their electrical and other physical properties can change—sometimes quite abruptly, depending on whether the resulting moiré patterns are regularly repeating or non-repeating. Their findings are published in Communications Physics.

The mathematics and physics of these twisted lattices applies to a wide variety of material properties, says Kenneth Golden, distinguished professor of mathematics. “The underlying theory also holds for materials on a large range of length scales, from nanometers to kilometers, demonstrating just how broad the scope is for potential technological applications of our findings.” 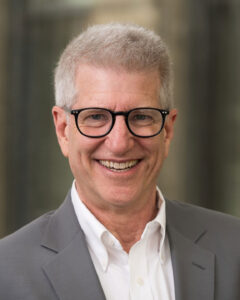 "We observe a geometry-driven localization transition that has nothing to do with wave scattering or interference effects, which is a surprising and unexpected discovery."

Before we arrive at these new findings, we’ll need to chart the history of two important concepts: aperiodic geometry and twistronics.

Aperiodic patterns designed over 1000 years ago appeared in Girih tilings used in Islamic architecture. More recently, in the early 1980s, materials scientist Dan Shechtman discovered a crystal with an aperiodic atomic structure. This revolutionized crystallography, since the classic definition of a crystal includes only regularly repeating atomic patterns, and earned Shechtman the 2011 Nobel Prize in Chemistry.

Okay, now onto twistronics, a field that also has a Nobel in its lineage. In 2010, Andre Geim and Konstantin Novoselov won the Nobel Prize in Physics for discovering graphene, a material that’s made of a single layer of carbon atoms in a lattice that looks like chicken wire. Graphene itself has its own suite of interesting properties, but in recent years physicists have found that when you stack two layers of graphene and turn one slightly, the resulting material becomes a superconductor that also happens to be extraordinarily strong. This field of study of the electronic properties of twisted bilayer graphene is called “twistronics.”

In the new study, Golden and his colleagues imagined something different. It’s like twistronics, but instead of two layers of atoms, the moiré patterns formed from interfering lattices determine how two different material components, such as a good conductor and a bad one, are arranged geometrically into a composite material. They call the new material a “twisted bilayer composite,” since one of the lattices is twisted and/or stretched relative to the other. Exploring the mathematics of such a material, they found that moiré patterns produced some surprising properties.

“As the twist angle and scale parameters vary, these patterns yield myriad microgeometries, with very small changes in the parameters causing very large changes in the material properties,” says Ben Murphy, co-author of the paper and adjunct assistant professor of mathematics.

Twisting one lattice just two degrees, for example, can cause the moiré patterns to go from regularly repeating to non-repeating—and even appear to be randomly disordered, although all the patterns are non-random.  If the pattern is ordered and periodic, the material can conduct electrical current very well or not at all, displaying on/off behavior similar to semiconductors used in computer chips. But for the aperiodic, disordered-looking patterns, the material can be a current-squashing insulator, “similar to the rubber on the handle of a tool that helps to eliminate electrical shock,” says David Morison, lead author of the study who recently finished his Ph.D. in Physics at the University of Utah under Golden’s supervision.

This kind of abrupt transition from electrical conductor to insulator reminded the researchers of yet another Nobel-winning discovery: the Anderson localization transition for quantum conductors. That discovery, which won the 1977 Nobel Prize in Physics, explains how an electron can move freely through a material (a conductor) or get trapped or localized (an insulator), using the mathematics of wave scattering and interference. But Golden says that the quantum wave equations Anderson used don’t work on the scale of these twisted bilayer composites, so there must be something else going on to create this conductor/insulator effect. “We observe a geometry-driven localization transition that has nothing to do with wave scattering or interference effects, which is a surprising and unexpected discovery,” Golden says.

The electromagnetic properties of these new materials vary so much with just tiny changes in the twist angle that engineers may someday use that variation to precisely tune a material’s properties and select, for example, the visible frequencies of light (a.k.a. colors) that the material will allow to pass through and the frequencies it will block.

“Moreover, our mathematical framework applies to tuning other properties of these materials, such as magnetic, diffusive and thermal, as well as optical and electrical,” says professor of mathematics and study co-author Elena Cherkaev, “and points toward the possibility of similar behavior in acoustic and other mechanical analogues.”