In recent years, the plumes of smoke crawling upward from Western wildfires have trended taller, with more smoke and aerosols lofted up where they can spread farther and impact air quality over a wider area. The likely cause is climate change, with decreased precipitation and increased aridity in the Western U.S. that intensifies wildfire activity.

“Should these trends persist into the future,” says Kai Wilmot, a postdoctoral researcher in the Department of Atmospheric Sciences at the University of Utah, “it would suggest that enhanced Western U.S. wildfire activity will likely correspond to increasingly frequent degradation of air quality at local to continental scales.”

The study is published in Scientific Reports and supported by the iNterdisciplinary EXchange for Utah Science, or NEXUS, at the University of Utah. 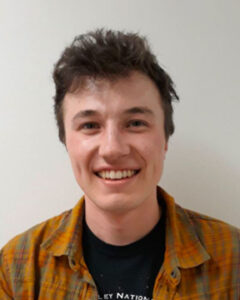 To assess trends in smoke plume height, Wilmot and U colleagues Derek Mallia, Gannet Haller and John Lin modeled plume activity for around 4.6 million smoke plumes within the Western U.S. and Canada between 2003 and 2020. Dividing the plume data according to EPA ecoregions (areas where ecosystems are similar, like the Great Basin, Colorado Plateau, and Wasatch and Uinta Mountains in Utah) the researchers looked for trends in the maximum smoke plume height measured during August and September in each region in each year.

Why? Wilmot says that plume heights are a complex interaction between atmospheric conditions, fire size and the heat released by the fire.

The researchers also employed a smoke plume simulation model to estimate the mass of the plumes and approximate the trends in the amount of aerosols being thrown into the atmosphere by wildfires . . . which are also increasing.

“When smoke is lofted to higher altitudes, it has the potential to be transported over longer distances, degrading air quality over a wider region,” he says. “So wildfire smoke can go from a more localized issue to a regional to even continental problem.”

Are the trends accelerating?

Some of the most extreme fire seasons have occurred in recent years. So does that mean that the pace of the worsening fire trend is accelerating? It’s too early to tell, Wilmot says. Additional years of data will be needed to tell if something significant has changed.

“Many of the most extreme data points fall within the years 2017 -2020, with some of the 2020 values absolutely towering over the rest of the time series,” he says. “Further, given what we know of the 2021 fire season, it appears likely that analysis of 2021 data would further support this finding.”

In Utah’s Wasatch and Uinta Mountains ecoregion, trends of plume height and aerosol amounts are rising but the trends are not as strong as those in Colorado or California. Smoke from neighboring states, however, often spills into Utah’s mountain basins.

“In terms of the plume trends themselves, it does not appear that Utah is the epicenter of this issue,” Wilmot says. “However, given our position as generally downwind of California, trends in plume top heights and wildfire emissions in California suggest a growing risk to Utah air quality as a result of wildfire activity in the West.”

Wilmot says that while there are some things that people can do to help the situation, like preventing human-caused wildfires, climate change is a much bigger and stronger force driving the trends of less precipitation, higher aridity and riper fire conditions across the West.

“The reality is that some of these [climate change] impacts are already baked in, even if we cut emissions right now,” Wilmot adds. “It seems like largely we’re along for the ride at the moment.”

Find the full study at Nature.com.