The College of Science Research Scholar Award is given annually to one graduating student who demonstrates a record of exceptional success in research and education. From the Class of 2019, we have selected Cameron Own, a highly-accomplished student who is graduating with a bachelor’s degrees in Chemistry, Physics, and a minor in Mathematics this year.

In addition to his studies, Cameron has been heavily involved in research during his time at the U, working in the Armentrout Research Group since he was a freshman. His involvement in the Armentrout Group has led to multiple publications, on three of which Cameron has been the lead author. Furthermore, Cameron’s research has also aided in his success in national scholarship competitions. As a junior, he was awarded a Barry M. Goldwater Scholarship, and as a senior, he was awarded a Winston Churchill Scholarship. This latter award will allow Cameron to ascertain a MPhil at the University of Cambridge next year, after which he will attend Harvard University to obtain a Ph.D.

Cameron has enjoyed his time at the U, and credits his success to the supportive environment provided in the Chemistry Department at the U and in the Armentrout Research Group. Cameron has also received multiple awards from the Chemistry Department, including the Ronald Ragsdale Scholarship and the Ferdinand Peterson Scholarship during his sophomore year. Ultimately, Cameron thinks he wants to go into industry or a start-up following the completion of his degrees, but is open to the idea of becoming a professor. Lastly, Cameron would like to the thank the College of Science for considering him for this award and for creating an environment at the U that focuses on research and scientific curiosity. 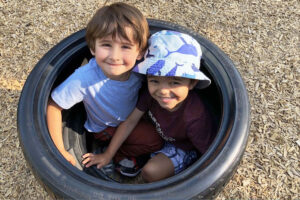