Josh Carroll volunteered for the U.S. Army before he finished high school. He did three tours of duty in Afghanistan. He worked as a janitor, among other jobs, between those tours. And in the library of the school he was cleaning, he found one book that rekindled his love of science and set his career on a new path.

“I began reading that every night just piece by piece, and it just slowly started to re-sink in, like just, oh my goodness, I’ve really missed this,” Carroll told me in a recent episode of the TechFirst podcast. “This is like, I love learning about it.”

That book re-opened his eyes.

And that love of learning was essential to Carroll’s path to achieving his dream.

Because Carroll had a problem. While as a kid he had always loved space and learning about the stars, he did not have the math and physics background to pursue a career studying them. Thanks to volunteering for three tours of duty, he had a 10th-grade math education and none of the prerequisites for advanced college courses in physics or astronomy. So after starting a general studies degree at New River Community College in Virginia he decided to do something radical about his passion: teach it to himself.

And, as featured by YouTube recently where I heard his story for the first time, Carroll’s teacher became videos. In a subsequent job as a security guard, online lectures in calculus and trigonometry filled the long hours between patrol rounds. Khan Academy helped, of course, and online lessons from college-prof-turned-internet-academic PatrickJMT (read Patrick: Just Math Tutorials) filled his nights.

Typically, however, as can be the case with many self-taught people, one critical thing slipped through the cracks. And it was only after he learned enough to apply for advanced studies at another university that Carroll discovered it.

“I went and applied to go to Radford University to get into their physics program and found out that I was missing the entire field, the entire course of trigonometry, which I didn’t even know … I didn’t know about it,” Carroll told me. “And so when I went to apply, they were like, ‘Oh, you didn’t take trig, you won’t be able to do our physics program.’”

That was three or four weeks before the semester started.

Carroll begged for an exception and promised to learn trigonometry in those three weeks, which the university granted. Then he crammed those weeks full of trig courses and videos, and ended up near the top of his class.

But it wasn’t without some adrenaline-pumping experiences.

“It was terrifying and exhilarating ... there were still some gaps,” Carroll says. “There was still some stuff at that time that I just didn’t know the rules, because I never had to apply them before. So it was also a lot of on-the-job training sort of a thing, where I would answer the question and then I’d ask one of my classmates, ‘Did I do this right?’ And they’d be like, ‘No, you need to do this with the sine function’ or something.’”

The result was a Bachelor of Science in physics and graduation from Radford University, and now Carroll divides his time between being a research and development engineer at Booz Allen and a master’s program in science and technology at the University of Utah that focuses on computational science and applied mathematics.

Not bad for someone working in post-school life as a janitor and security guard, and picking up a copy of A Brief History of Time by of the most famous physicists in history.

The most impressive part, of course, is the way that Carroll took control of his education and learned the knowledge that he needed on his own ... with the help of innumerable people who have shared their expertise online.

“I’m a big proponent of what I call the ‘democratization of learning,’ the decentralization of certain skill sets that you can learn, especially with computer science and coding, there’s so many things out there,” he says. “It’s a culture in computer science and coding. There’s GitHub and there’s online resources you can go to and absolutely pick skills up without the degree stamp.”

- by John Koetsier first published by the Forbes.com 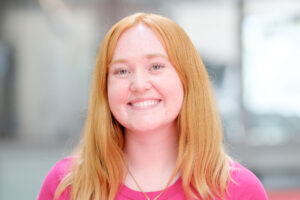 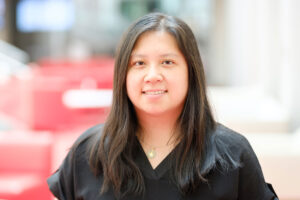