Christopher Hacon, distinguished professor of mathematics at the U, has been interested in math for as long as he can remember. As a child, he loved playing with numbers and would spend hours on a calculator trying to count and figure out things—such as how much all the books in his house cost, or the number of seconds in a year or a lifetime. He particularly enjoyed figuring out patterns and seeing the relationships among numbers.

When he got to college, Hacon thought he would study physics and engineering, but when he was accepted into a prestigious math program, he ran with it and never looked back.

Today Hacon has carved out a career as one of the world’s top mathematicians and has been recognized with numerous awards for teaching and research. In December 2017, he was awarded a 2018 Breakthrough Prize in mathematics at a star-studded event in Silicon Valley. The $3M Breakthrough Prize recognizes achievements in fundamental physics, life sciences, and mathematics and is one of the most generous prizes given in science. Hacon shares the award with his collaborator and colleague, James McKernan, professor of mathematics at the University of California San Diego.

In 2018, Hacon was elected to the National Academy of Sciences, and in 2019, he was elected Fellow of the Royal Society of London. He was recently named the first recipient of the McMinn Presidential Endowed Chair in Mathematics at the U.

“I am extremely honored and humbled to receive the Breakthrough Prize and to be awarded the McMinn Chair,” said Hacon. “The work I've done and am doing is the culmination of sustained efforts by many brilliant mathematicians. It is very exciting that the field of birational algebraic geometry and the University of Utah are receiving this kind of recognition.”

Hacon was born in England but moved with his parents to Italy when he was three. His father was a mathematician, too, and served as a postdoctoral scholar in the math department at the University of Pisa. Hacon graduated from the same university and then moved to the United States at age 23 to pursue a Ph.D. in mathematics at the University of California Los Angeles.

“Italy was a great place to grow up, and I visit when I can,” he said. “Unfortunately, it’s never as often as I’d like.”

He arrived at the U as a postdoctoral scholar in 1998 and returned as a professor in 2002.

“One of the things I love about math is that it allows me to find patterns and explain the reasons behind a certain behavior,” said Hacon. “This is really the essence of scientific discovery. All of these patterns are described by numbers. I’m fascinated by them, regardless of their origin. I’m constantly surprised by the power of math and abstract thought in general. It is truly amazing to read a mathematical proof dating back decades or centuries, which is still correct and interesting—both today and in the future.”

Hacon credits his mentors with providing inspiration and helping him move forward in his career. “While I have been inspired by many people, I have four mentors who have really made a difference in my life. They are Fabrizio Catanese and Fabio Bardelli at the University of Pisa, Robert Lazarsfeld at UCLA, and János Kollár, my postdoctoral advisor at the University of Utah, who now teaches at Princeton.”

Hacon enjoys teaching students at the U and finds the Department of Mathematics is a good place to work. He and his wife, Aleksandra Jovanovic-Hacon, who is a math instructor at the U, are busy raising their six children. They like the outdoors, especially rock climbing, hiking, and skiing.

“Working as a mathematician has been great,” said Hacon. “The academic freedom to pursue my own research goals is one of the biggest rewards I have, as well as working with students and other researchers.”

Hacon hopes to continue his research, while inspiring the next generation of mathematicians. He would love to see his students surpass his efforts and continue to make strides in further exploring and expanding our understanding of algebraic geometry. 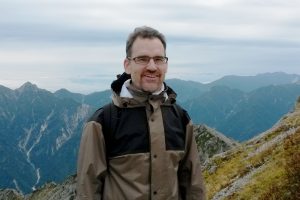 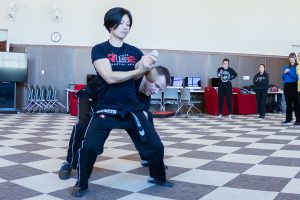 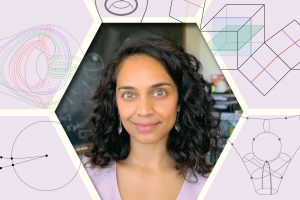 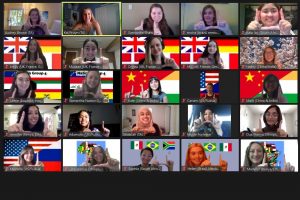