Joel Harris was awarded this year's Hatch Prize for his outstanding teaching contributions to the University of Utah. Harris came to the University of Utah in 1976, and has continued to receive awards for both his significant research and impactful teaching. Over his 43-years at the University, Harris has taught thousands of students, and his legacy continues to draw ambitious and passionate students to the Department of Chemistry. His students appreciate and remember him for his dedication, care, and enthusiasm as he consistently goes well beyond all expectations. The students rise to their full potential as he provides challenging problems along with the knowledge and tools to make sure they succeed.

“Joel is an absolutely first-rate analytical chemist who loves to teach undergraduates, and he is immensely skillful at this art! In his more than 4 decades of teaching analytical chemistry at the University of Utah, he has distinguished himself as an engaging educator and scholar. He is a compassionate and challenging teacher who puts the interests of students and their education first. Prof. Harris has taught Quantitative Chemical Analysis, Chemistry 3000 (a requirement for all majors), and Advanced Analytical Chemistry Lab (Chemistry 5700) to thousands of students since he first created these courses 40 years ago.

To countless undergraduates and former TAs, Joel is well known as a lab rat,” said one nominator. “While you can occasionally find him in his office doing paperwork, he is most often in the research and teaching lab guiding students in the best ways to do an experiment. He is best known for a hands-on approach to undergraduate laboratory courses, in which students work on independent projects, asking scientific questions of their own choosing, exploring the literature to identify the best methods of analysis, and conducting experiments to solve real-world problems. Joel works one-on-one with the students in Chemistry 3000 to help them be innovative in their exploration of what’s in the world around us, leading to a capstone signature experience for our undergraduate students. This course is considered as one of the most challenging in our undergraduate curriculum, but recent comments from course evaluations indicate that it is one of the best experiences at the University, reflecting the dedication, enthusiasm and skill that Joel has brought to undergraduate education, both in the classroom and the lab.”

The Calvin S. and JeNeal N. Hatch Prize in Teaching is provided by an endowment given to the University of Utah by Mr. and Mrs. Hatch. The purpose of the prize is to recognize an outstanding teacher at the University of Utah and to make a contribution to teaching, the dissemination of knowledge, and to improve our ability to communicate with each other. 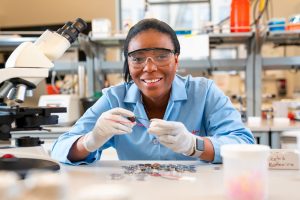 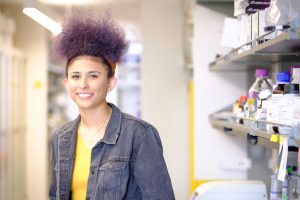 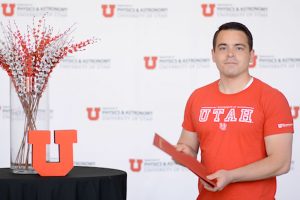 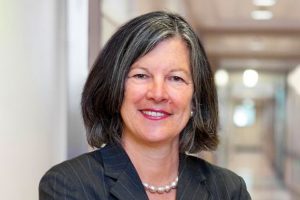