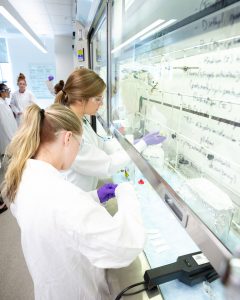 The University of Utah dedicated its new Gary and Ann Crocker Science Center (CSC) in 2018. Led by a $10 million donation from Gary and Ann Crocker, the U completely renovated the 83-year-old George Thomas Building on Presidents Circle. The CSC was originally a library for the U, before becoming the home of the Natural History Museum of Utah from 1968-2011. The CSC is the heart of the College of Science, housing research, teaching, and support for the College.

During the groundbreaking, former dean Henry White stated, “This modern science hub is ready to serve new generations of students, faculty and staff at the University of Utah. We are extremely grateful for Gary and Ann’s pioneering support for this building to become a world-class science education and research center on campus.”

Research in the CSC draws faculty and students from all four departments in the College – Biology, Chemistry, Mathematics, and Physics & Astronomy – to study the basic machinery of living cells. In addition to a fully equipped, world-class biotechnology incubator, the newly renovated Crocker Science Center houses two large lecture halls, teaching laboratories, classrooms, and a host of research programs from the U.‘s College of Science.

The rooms are designed with glass walls to serve as a living exhibit of modern science and thus to encourage public viewing and visual participation. Two Creek Coffee is also found on the second floor, and is very popular with the COS to grab a cup of coffee and snacks before heading to class or finding a quiet space/classroom to study.

The CSC is also home to the Henry Eyring Center for Cell and Genome Science, the U.’s Center for Science and Math Education, and the COS Dean's office and staff. 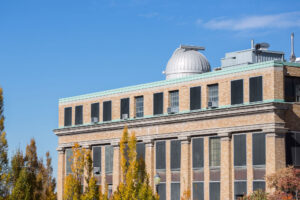 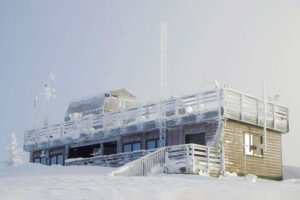