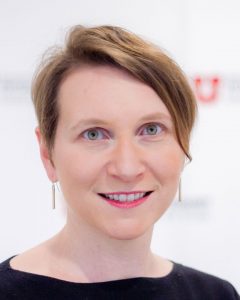 A decision to take a physics class for “fun” During her senior year at New York University changed the Course of Pearl Sandick’s life. At the time, Sandick was majoring In math and had planned to continue her studies in a Ph.D. Program. “The professor noticed that I was enjoying the physics Class and suggested that I think about a physics graduate program Instead of math,” said Sandick, associate professor of physics and Astronomy and associate chair of the U’s Department of Physics & Astronomy. “I was floored—no professor had ever directly Encouraged me like that before—and she had a good point: I did Enjoy physics. After some serious conversations with my mom and My professors, I decided to make the switch. The encouragement of one professor literally made all the difference.”

Beyond the Standard Model

As a theoretical particle physicist, Sandick is able to study some of the largest and smallest things in the universe. Dark matter Is the mysterious stuff that gravitationally binds galaxies and Clusters of galaxies together, but despite large-scale evidence for the existence of dark matter, there are compelling arguments that Dark matter might actually be a new type of elementary particle. Some particles are composite, like protons and neutrons. Electrons Are an example of an elementary particle—they are the most Fundamental building blocks of their type and are not composed of other particles. Other examples of elementary particles include Quarks, neutrinos, and photons.

The Standard Model of Particle Physics is the theory that explains how all the elementary particles interact with each other and combine to form composite objects like protons and neutrons. Pearl Sandick 7 The Standard Model can make amazingly accurate predictions, which are tested in collider experiments and with cosmological observations, but the theory has some shortcomings that make particle physicists think there must be something beyond the Standard Model. For example, the Standard Model does not include a satisfactory explanation for the dark matter in the universe. Sandick’s research, currently supported by the National Science Foundation, is in exploring theories of “new physics” that fix theoretical problems with the Standard Model and explain previously unexplained phenomena like dark matter. “For any interesting new theory, my research proposes ways to experimentally support or falsify it, with the hope of eventually identifying the true fundamental theory of nature,” said Sandick.

Challenges for Women in Physics

Women are still widely underrepresented in physics. In college, Sandick got used to being one of the very few women in the room, and in graduate school, she wanted to become a physics professor at a time when only 5% of full professors in physics were women. “Like many women in male-dominated professions, I’ve experienced my share of ‘gender- related weirdness,’” she said. “Every day I’m thankful that the bulk of my negative gender-related experiences are, and continue to be, primarily exhausting and disappointing rather than dangerous or devastating.” Sandick notes that there are still a lot of equity and cultural issues to address in the field. “Science should be for everyone, and there’s a lot of work to be done to address the complex issues that lead to severe underrepresentation of certain groups. If we want to see change, we need to listen, learn, and do the work to make science more inclusive,” she said.

Sandick is committed to organizations that support women in physics. She has served on the American Physical Society’s (APS) Committee on the Status of Women in Physics (CSWP) and was recently the Chair of the National Organizing Committee for the APS Conferences for Undergraduate Women in Physics (CUWiP) The APS CUWiP hosts approximately 2,000 undergraduate physics majors each January at various locations around the country to discuss science, career paths for physicists, and social issues that can affect the experiences of scientists from underrepresented groups. Locally, she is the founder and faculty sponsor of the University of Utah Women in Physics and Astronomy (WomPA).

When she isn’t teaching or doing research, she spends every minute with her family—a three-year-old daughter and a supportive husband.

“This is an incredibly exciting time for dark matter and particle physics,” said Sandick. “We’re still searching for physics beyond the Standard Model, including an explanation for dark matter, so there’s still a lot of work to be done. Right now, one of the most exciting challenges is using experimental data in novel ways in order to get every bit of information out of it that we possibly can. It’s a great time to be creative in terms of how new physics might look from the theoretical point of view and how it might appear in current or upcoming experiments.” 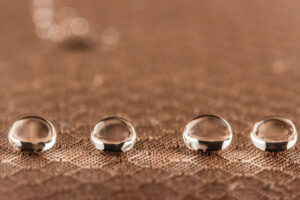