The abundance of data created in science, engineering, business, and everyday human activity is simply staggering. This data is often complex and high-dimensional, taking the form of video or time-dependent sensor data. Machine learning methods allow us to understand such data, automatically identifying patterns and making important data-driven decisions without human intervention. Machine learning methods have found a wide variety of applications, including providing new scientific insights and the development of self-driving cars.

One machine learning method in particular, neural networks, has emerged as the preeminent tool for the supervised learning tasks of regression and classification. Loosely modeled after the human brain and the basis for deep learning, Neural Networks use composition to develop complex representations of data. In recent years, researchers using Neural Networks have made tremendous breakthroughs in topics as varied as image processing, natural language processing, and playing board games such as Go. 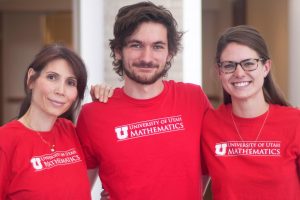 Undergraduate students participating in this SRI stream will be introduced to neural networks and learn how they're used. Students will learn about the mathematics that forms the basis for neural networks and the optimization methods used to train them. They'll learn how to program in python and use machine learning packages such as scikit-learn and TensorFlow to analyze data. Working in teams, students will use Neural networks to solve real-world classification problems like object recognition in images, detecting falsified financial transactions, and controlling for manufacturing defects. They'll also learn to effectively communicate and visualize results. 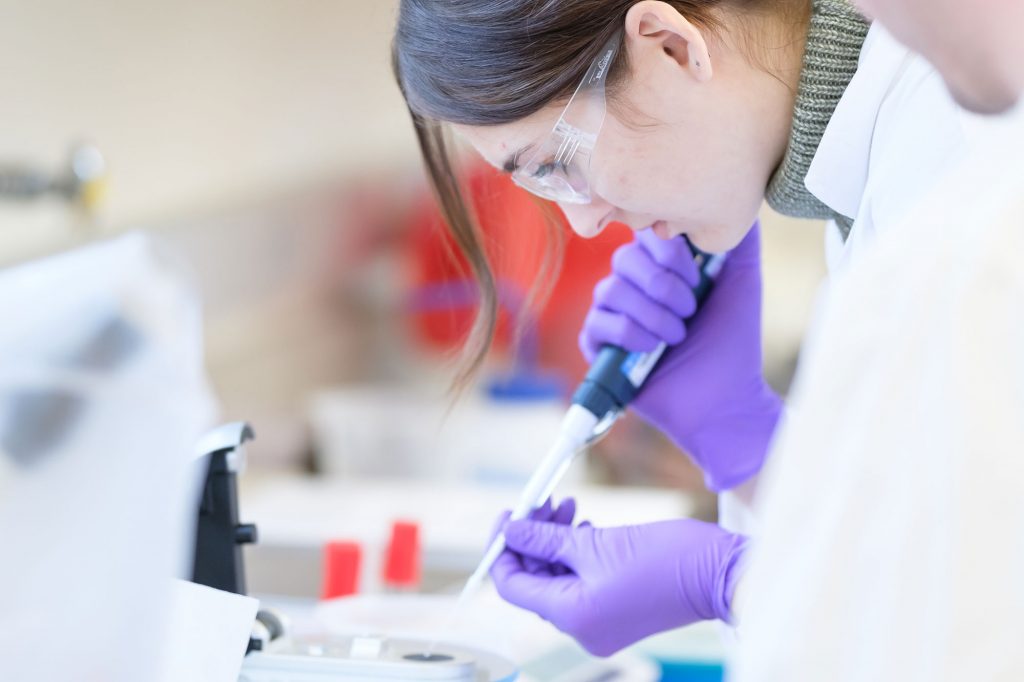 Chemists and engineers strive to develop safe, efficient, and environmentally sustainable chemical synthesis for the production of high-value molecules, such as those used in medical applications. Advances by electrochemists have demonstrated remarkable new means for improving product selectivity under mild reaction conditions. Unexplored realms of chemical synthesis are now attainable using electrons at the primary reactant.

Supported by the National Science Foundation Center for Chemical Innovation, chemists at the University of Utah and across the country are embarking on a collaborative project to employ the extensive knowledge electrochemists, materials scientists, and physical chemists in using electrons to make new molecules.  The overarching goal is to deploy this exciting new knowledge to advance chemical synthesis.

Undergraduates participating in this SRI project will demonstrate how using electrons as reactants can make pharmaceutical synthesis greener, safer, and environmentally friendly. Students will work towards learning advanced electrochemical methods for carrying out chemical transformations.  Working as a team, they will participate in designing a research plan for developing a general electrochemical route for introducing chemical functionality into molecules, and then demonstrate the general application of their method in the chemical syntheses of a series of molecules. 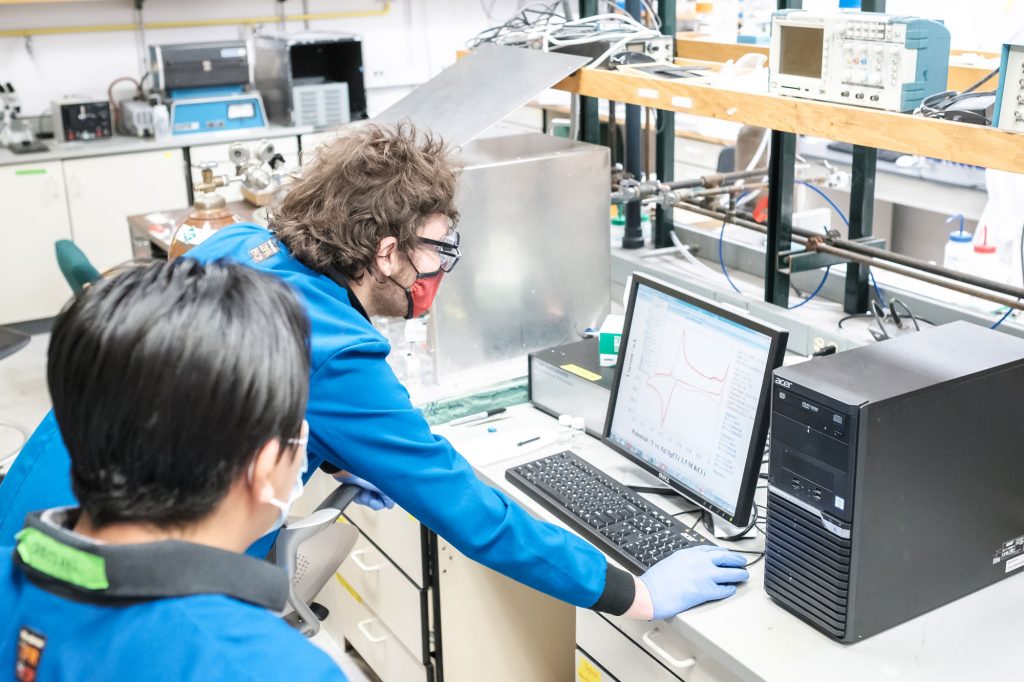 Inside the Minteer Lab.

The project will provide students with a working knowledge of many aspects of organic preparatory chemistry, the physical chemistry of electron-transfer reactions, catalysis, materials chemistry, and quantitative analytical measurements, providing a foundation for future advance research in all areas of chemistry.  Biweekly meetings of the entire team with the project leaders (Profs. Minteer and White) will focus on discussion of individual student results and the overall progress of the team.

Communication skills and scientific writing will be emphasized as part of the project.  Undergraduates from all areas of science and engineering are encouraged to apply.

“I have lived by the principle that one ought to give back more than they receive.” - Jim Sugihara

James M. Sugihara, first Ph.D. recipient at the University of Utah and long-time faculty member in Chemistry, passed away on Nov. 12, 2019. He was 101. 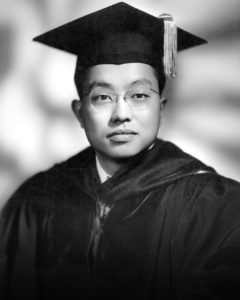 Sugihara holds an important place in the University’s history, as well as Utah’s history.

In 1942, shortly after the bombing of Pearl Harbor, when Sugihara was just 24, he and his family were relocated from California to the Topaz Mountain internment camp in central Utah. The family lost their home and business.

However, Sugihara was granted a leave from Topaz Mountain to pursue an education, since he had already earned a bachelor’s degree in chemistry at UC-Berkeley in 1939. He enrolled at the U in 1944 and studied chemistry with professor Henry Eyring.

In 1946, Sugihara’s 84-page Ph.D. dissertation on “The Reactions of Mercaptans on Sucrose and Molasses,” included only three approval signatures: Walter D. Bonner, Lloyd E. Malm and Elton L. Quinn. (Henry Eyring had not yet started work as dean of the Graduate School by that date.) 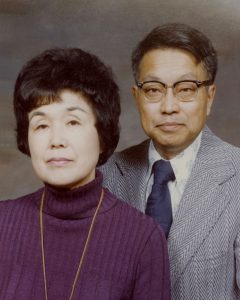 In 1964, Sugihara moved to North Dakota State University and became dean of the College of Science and Mathematics. He was named Dean of the Graduate School and Director of Research in 1974. In 1998, he retired as Professor Emeritus.

In 2010, the James M. Sugihara Scholarship – a permanent named scholarship – was established in the Chemistry Department at the U. It provides financial support for an undergraduate who is studying chemistry and who is living on campus in the Crocker Science House located on Officers Circle in Fort Douglas. 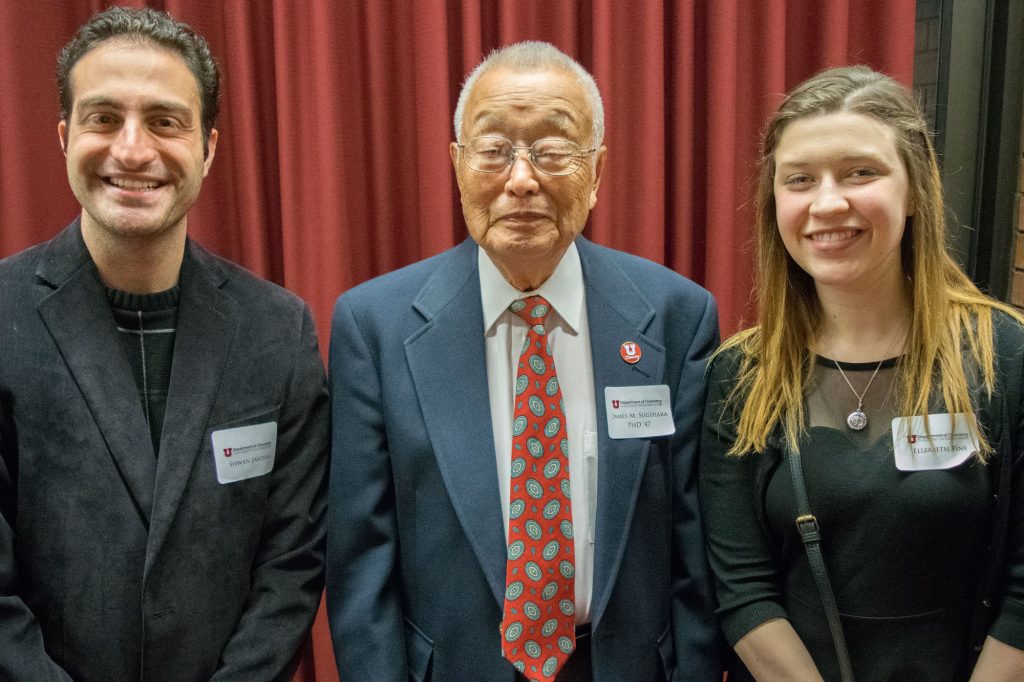 My first experience in a research lab came from meeting my undergraduate advisor, professor Barbara Imperiali, as a freshman. I worked in her lab every semester and summer for three years, so I feel like I got my 10,000 hours in early on.

I learned a lot of things in the lab before taking the classes. It really motivated me academically. I wanted to learn and understand more about what I was doing in the lab.

Shanti Deemyad, an Associate Professor of Physics and Astronomy, recently helped solve a long-standing mystery about lithium, the first element in the periodic table that is metallic at ambient conditions. Lithium, which is a key element in electronics and battery technology, has played an important role in the development of modern condensed matter theories.

The crystal structure of materials at zero pressure and temperature is one of their most basic properties. Until now, it was thought that a complex arrangement of lithium atoms, observed during cooling in the laboratory, was its lowest energy state. But the idea baffled theoretical physicists since lithium has only three electrons and therefore should have a simple atomic structure.

My teaching took a turn about five years ago. I went through a fairly traumatic experience. That helped me realize how important it is to have humane, kind classrooms. If we don’t intentionally build the kind of culture we want in a classroom, then we unintentionally build a culture.

A Vermont native, Gagnon arrived at the University of Utah in January 2018 from Harvard. Previous to that he earned a PhD from Brown University and a BS from Worcester Polytechnic west of Boston.

In Utah Gagnon went from post-doc to principal investigator and Assistant Professor of Biology. In his lab at the Center for Cell and Genome Science, Gagnon curates 10,000 fish in 1,000 controlled tanks carefully labeled for experiments.

To countless undergraduates and former TAs, Joel is well known as a lab rat. He is best known for a hands-on approach to undergraduate laboratory courses, in which students work on independent projects, asking scientific questions of their own choosing, exploring the literature to identify the best methods of analysis, and conducting experiments to solve real-world problems.

Joel works one-on-one with the students in Chemistry 3000 in their exploration of what’s in the world around us, leading to a capstone signature experience for our undergraduate students. This course is considered as one of the most challenging in our undergraduate curriculum.

Pearl currently serves as an Associate Dean of the College of Science. Her research interests are in particle physics including possible explanations for the dark matter in the universe.

Sean Lawley, assistant professor of mathematics at the U, believes the most interesting math often comes from trying to explain phenomena in other fields. For example, if you’re seeking an answer to a question about biology, physics, or economics, the answer often leads to new and interesting mathematical theories.

“Historically, much of the inspiration for mathematics has come from physics,” said Lawley, “but biology is increasingly a driving force that is pushing the frontiers of math.” 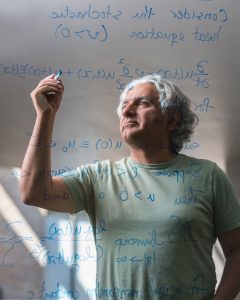 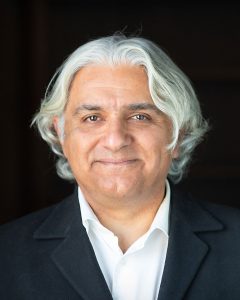 The Spectrum, the Department of Physics & Astronomy newsletter, is published twice a year. If you do not currently receive our newsletter, please contact Michele Swaner at swaner@science.utah.edu to be added to our mailing list.

Featured: 3D maps of the Universe, Perovskite Photovoltaics, and Dynamic Structure in HIV.

The 2018 Research Report for the College of Science.